Illicit Financial Flows — what next for Pakistan? 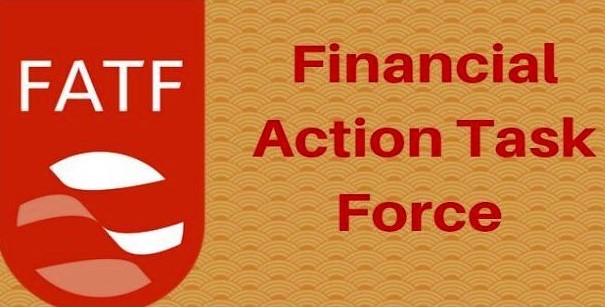 In June 2018, Pakistan made a high-level political commitment to work with the Paris-based FATF and its Sydney-based regional affiliate Asia Pacific Group (APG) on Money Laundering to strengthen its AML/CFT regime and to address its strategic counter-terrorism financing-related deficiencies by implementing a 27-point action plan to accomplish these objectives. Another 7-point agenda was added to the action plan in June 2021.

“Pakistan worked through two concurrent action plans and completed 34 action points to remove strategic deficiencies in anti-money laundering and combating financing terror (AML/CFT) regime. After a lot of work by Pakistani authorities, they have largely addressed all the action plan items. Pakistan is therefore no longer subject to the FATF’s increased monitoring process (grey list)”, announced FATF President T. Raja Kumar on the conclusion of FATF plenary in Paris.

This October was the first FATF plenary under the two-year Singapore Presidency of Mr Kumar. Delegates representing 206 members of the Global Network and observer organisations, including the International Monetary Fund, the United Nations, the World Bank, INTERPOL and the Egmont Group of Financial Intelligence Units, attended the Working Group and Plenary meetings in Paris. Minister of State for Foreign Affairs Ms Hina Rabbani Khar led the Pakistani delegation.

Mr Kumar said a FATF team had conducted an onsite visit at the end of August and verified a high level of commitment from the Pakistani leadership, sustainability of reforms and commitment to make improvements in the future. “As a result of these action plans, Pakistan has made significant improvements to strengthen the effectiveness of this framework for combating terrorism financing.”

The FATF president said Pakistan has also strengthened risk-based supervision of financial and non-financial institutions, improved asset confiscation outcomes, and investigated and prosecuted money laundering. But moving forward, Pakistan needs to work with FATF’s regional partner to ensure sustainable progress. All countries are subject to follow-ups, and Pakistan must work with the APG to ensure sustainable progress along international standards.

As pointed out by Ms Khar, if there is one lesson that Pakistan should take as a country from the last four years, it is to build on this momentum of reform and not allow the gains to be reversed.

Besides completing the two concurrent 34-point action plans, Pakistan has also complied or largely complied with 38 out of 40 technical recommendations of the FATF. The areas where Pakistan needs to work more closely with APG are the level of effectiveness on 11 ‘immediate outcomes’.

This is very important to stay on top of international financial standards. In the first week of September, APG had plainly explained that Pakistan’s level of effectiveness was ‘low’ on 10 out of 11 international goals on AML/CFT standards.

Under that evaluation, Pakistan has a ‘moderate level of effectiveness’ on only one out of 11 outcomes. Under this ‘immediate outcome’, Pakistan extends international cooperation on appropriate information, financial intelligence and evidence and facilitates action against criminals and their assets.

Under the FATF-APG assessment mechanism, effective ratings on “Immediate Outcomes” reflect the effectiveness of a country’s measures. The assessment is based on 11 immediate outcomes, representing key goals that an effective AML/CFT system should achieve.

The APG noted that Pakistan had low effectiveness on 10 “Immediate Outcomes” (IOs) under international standards against money laundering and terror financing. The first IO on which the effectiveness is rated as low means that ML/TF are understood and, where appropriate, actions coordinated domestically to combat money laundering and the financing of terrorism and proliferation.

Pakistan’s low-level effectiveness ranking also pertains to preventing legal persons and arrangements from misuse for ML/TF and providing information on their beneficial ownership to competent authorities without impediments. Low effectiveness is also attributed to the appropriate use of financial intelligence and all other relevant information by competent authorities for ML/TF investigations.

Outcomes seven and eight require that ML offences and activities are investigated, offenders are prosecuted and are subject to effective, proportionate and dissuasive sanctions taken. Proceeds and instrumentalities of crime also must be confiscated.

Likewise, outcomes 9 and 10 demand that TF offences and activities be investigated. People who finance terrorism must be prosecuted and subjected to effective, proportionate and dissuasive sanctions. Terrorists and their financiers must be prevented from raising, moving and using funds and abusing the non-profit organisations sector.

The immediate outcome 11 requires that persons and entities involved in the proliferation of weapons of mass destruction are prevented from raising, moving and using funds consistent with the relevant United Nations Security Council Resolutions.

The above points were very succinctly reflected in a Dawn piece on 24 October 2022.

Instead of celebrating being whitelisted, Pakistani stakeholders must ensure that effective policies and plans are not only followed in letter and spirit but the ignominy of being put in grey list again is eliminated.