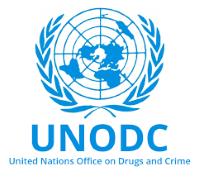 The United Nations Office on Drugs and Crime (UNODC) released a report on 1 November 2022, claiming that opium poppy cultivation in Afghanistan rose by 32pc to 233,000 hectares (589,000 acres) over the previous year, making the 2022 crop the third largest area cultivated since monitoring began in 1994. The only years that had a higher cultivation area were 2018 and 2019.

Afghanistan remains the world’s biggest producer of poppies, the source of sap that is refined into heroin, and in recent years production and exports have boomed.

UNODC said prices have soared after the Taliban’s ban in April on poppy cultivation, and this year’s harvest was largely exempted from the decree.

Pakistan’s Ministry of Narcotics Control and Anti-Narcotics Force need to note this spike in poppy cultivation in Afghanistan and evolve an effective strategy of interdiction and enforcement, in line with the Narcotics Control Policy.