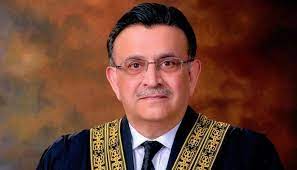 An important case is being heard at the Supreme Court these days, whose outcome could have a far-reaching impact on a crucial aspect of governance in the country. During proceedings involving a set of petitions against alleged political interference in transfers and postings in the Punjab Police, the 3-member bench headed by CJP observed that the police cannot be made an instrument for the promotion of elite vested interests.

The court directed the federal and provincial governments to furnish the record of postings and transfers in police departments over the past eight years.

According to the petitions being heard, nine Lahore CCPOs and eight IGPs were changed between June 2018 to August 2022 in Punjab. Based on this, the average tenure of the CCPOs and IGPs in the province works out to 4.5 to 6.2 months, respectively. The Police Order 2002 stipulates three years as the term of office for each.

The issue highlighted in Dawn editorial is of utmost significance for good governance. It is also reflected in the Police Reforms Committee Report of January 2019, written under the aegis of the Law and Justice Commission on the directions of the then Chief Justice of Pakistan.

It is time now to get the police law implemented in letter and spirit. The Centre for Governance Research along with members of the Police Reforms Committee will assist the apex court to depoliticise the police.