Advisory Board MeetingEvents
By CGR On Apr 29, 2022 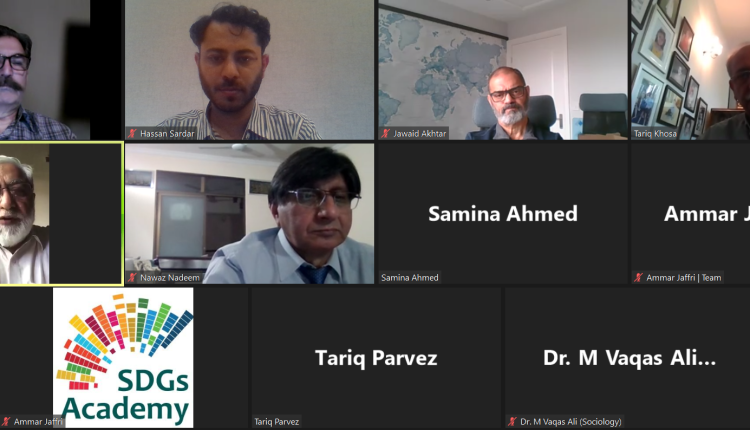 The following issues were discussed:

1) Pakistan UNTOC Review Process is underway. NIOC has supported the GOP Focal Person Dr Ehsan Sadiq since January 2022. The country is required to respond to 8 articles of UNTOC Convention 2000 during Cluster-1 Review and not the questions related with the three Protocols on Migrant Smuggling, Human Trafficking and Firearms due to non-ratification so far.
2) Focal Person, assisted by NIOC experts Azam Khan and Nawaz Nadeem, will put up the first draft responses to 8 articles under review by the first week of May 2022.
3) NIOC Civil Society Engagement Strategy has been drafted by Kashif Noon. It will come into play during May-July 2022. Saroop Ijaz, Sarmad Saeed, Kashif Noon and Vaqas Ali will identify CSOs, experts, lawyers, academicians and representatives of the private sector for further interaction on transnational organization crime challenges facing Pakistan.
4) A roundtable on SDG 16 will be planned by mid-May 2022 by Ammar Jaffri.
5) Tariq Khosa, Director NIOC-CGR has become a member of GITOC Task Force on Cybercrime. NIOC will further explore constituting a Working Group on UN Cybercrime Negotiations underway as part of an advocacy campaign with different stakeholders of the Government of Pakistan.
6) NIOC-CGR Annual Report 2021 has been released and disseminated to relevant domestic and international organizations.
Continue Reading
Share FacebookTwitterGoogle+WhatsAppEmail
You might also like More from author
Events