Advisory Board MeetingEvents
By CGR On Aug 30, 2022 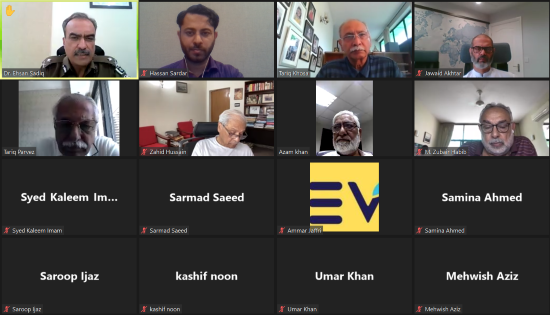 The following agenda items were discussed:

1) Pakistan UNTOC Review Scoping Meeting was held virtually on 24 August 2022, participated by representatives of CSOs and Experts, including those from UNODC Civil Society Unit and Global Initiative Against Transnational Organized Crime in Vienna.

2) The Report of the Scoping Meeting will be jointly prepared and released by CGR-NIOC and UNODC CSU for consideration by different stakeholders involved in the Review Process.

4) The launch event will be for both in-person and virtual participation. An organization committee headed by Sarmad Saeed will start preparations immediately.

5) Draft Policy Brief on Trafficking in Persons has been prepared by NIOC Consultant Dr Syed Kaleem Imam. It will be released by 7 September.

6) Policy Brief on Counter Terrorism will be prepared by Mr. Tariq Parvez, NIOC AB President and will be ready for release by 14 September.